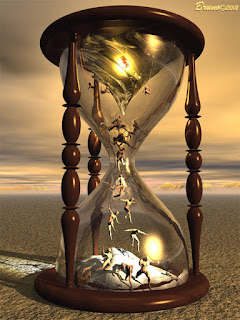 I’ve written about my chiropractor before. He’s an interesting man, trim and earnest and I still haven’t decided if I take him or chiropractic seriously. Yet I start each week, every Monday morning by getting into my car, weaving in and out of rush hour traffic on the expressway and driving to his tiny, homey row home of an office, off of Fitler Square, to get “adjusted.”

He talks a lot about subluxation and the nerve endings emanating from the spine and freeing up the blood flow to all of my major organs and when he talks like this, I nod and try to believe. But, he also talks about other things – spiritual, other worldly things in the same pleasant, matter of fact tone he uses to discuss my vertebrae.

And you’d think I’d be more skeptical of this portion of his therapeutic repertoire, but instead, it is what motivates me to soldier through heavy handed back cracks and neck twists as he comes at me with all the force of a murderous strangler.

Today, when I ask if he can do anything about the fact that I will be missing next week’s session because of a vacation, he asks, “Do you believe in the space-time continuum?” And I brighten and smile slyly ( because I know what was coming) and reply sweetly, “I’m not sure, but I am open to being convinced.”

And that is when he gets going and I just sit back and enjoy the ride, letting his hands hammer my wayward spine and his gentle voice massage my restless spirit.

“Picture a room,” he says. “An ornate room filled with lovely artifacts and beautiful furniture. Then imagine a giant plasma television screen with multiple images appearing on the wall of the room. And when you enter, you first see the screen, and it captivates your attention. Then after a while you turn your head and you stop and look at the crimson sofa with the gold embossed frame, and after that you turn to see a painting on the wall and you gaze at it for a long time. This is how we experience time, he says. One moment at a time. But they are all there, all those moments in that room which is our lives. It’s just that our minds cannot embrace it in its totality so it arranges the moments in a linear manner.”

” Do you believe that?” he asks, while taking out the mechanical hammer gun, then battering the side of my head.

“I think so,” I say, feeling a pulse of energy rip through my brain.

“Good,” he says, “Then I’ll adjust you twice today, once for this week and once for next.
He leans in close and makes one final push against my shoulder.

“And since you believe, I’ll charge you for both today!”

When I get in the car, though ( having paid for only one visit, that ole chiropractor is a real jokester) I think about time and how there are some people – certain friends, certain students, I feel I have known all my life even the parts we haven’t lived yet. And I think about these moments where the past, present and future conflate into a —— I don’t even have a word for it. My mind cannot conceive of it. The closest I can get is something like this – it feels like the present moment is a future memory of past event. Very powerful. Very overwhelming.

When I got the phone call that one of the Jenkins brothers had been killed, in those moments when I didn’t know which one, when I didn’t want to know which one, when I didn’t want to let my mind go to a place where I thought about which one, I felt it. The moment before the adjustment. The moment before the words that will change everything, before and after. And then to learn it was the other brother, the older one, the one I had never taught. The one I don’t really know. My mind went back back back, all those years ago, to the young boys that I knew at Simon Gratz High School twenty years ago – even then somehow, they were always the grown men who lost their older brother to gunshot wounds to the chest on a Thursday night in March in a store a block away from his home. It’s just now that they know it.

Our perceptions of the lives we are living are constantly being adjusted along the space-time continuum.

Leaving the chiropractor’s office today, I am still not sure if he’s adjusted my spine, but he’s certainly touched my spirit.