In a wonderful talk posted on Ted.com, the Nigerian novelist Chimamanda Ngozi Adichie discusses the “danger of a single story.” “Show a people as one thing over and over again, and that is what they become,” she says, talking about her own experiences growing up in Nigeria and reading Western accounts of Africa. “You cannot talk about the single story without talking about power,” she goes on to say. The single story creates stereotypes and “the problem with stereotypes is not that they are untrue, but that they are incomplete. They make one story become the only story.”

It was my graduate student, Neena Pathak, a former Teach for America Corps member and English teacher at Martin Luther King High School, who first made the connection for me between this talk and the way we think about schools in her brilliant Master’s Thesis entiled “The Pedagogy of Nuance.”

So I listened to this lecture again this week in the wake of the responses I received, public and private, to my recent blog post about President Obama’s choice to give his Back-to-School address at Masterman, as a way to help me make sense of the ensuing discussion and to look for nuance.

Personal attacks and defenses aside, I was struck by the deep schisms, passions and misunderstandings evident in the range of positions this event evoked.

Last week, I was prompted to write this blog, not because I had any animus about the President’s choice of Masterman. It IS a remarkable school, and I enjoyed my many years teaching there and the relationships I established with colleagues and students. It was Arlene Ackerman’s claiming credit for that choice that sparked my (and my colleagues’) ire – stoked by the fact that despite the proximity of the school to her office, Tuesday marked the first time she’d set foot into the building.

It is interesting to note how few of the responses addressed what was the key point in the blog – the question of equity in access to excellent curriculum – and my concern that the students in the schools where Ackerman has a iron hold on the curriculum are not being offered the same kinds of respectful, complex and exciting learning experiences as the students at Masterman.

I know some will respond by saying that the students in other schools aren’t ready to write their own plays, develop their own experiments for science fairs, create school-wide political campaigns and mock presidential elections. They will say most students in our neighborhood schools lack the skills necessary to express their own thoughts and opinions about historical and contemporary events,prepare multimedia presentations, or conduct original research – to name a few of the projects that Masterman students of all ages are able to do in their academic classes.

This doesn’t even include all of the co- and extracurricular activities available to Masterman students, subjects and activities such as art, instrumental and vocal music, theater, a student-run newspaper, a literary magazine, a chess team, and a full array of sports including swimming. Because so many of the students are identified as “mentally gifted,” they are entitled by state law to a wide range of excellent and exciting enrichment classes and activities as well.

The dangerous “single story” being told here is that students must first master basic literacy and math skills before being able to think critically about themselves or the world. That learning occurs neatly and sequentially, and one must “master” certain skills before being introduced to complex content. That thinking is comprised of hierarchical processes, and one must show that one “comprehends” before one is given a chance to analyze, synthesize, evaluate or create. That only those students who have proven themselves through their performance on a standardized test can and should have the opportunity to make meaning for themselves. And that the ones who have not yet proven themselves do not want to learn or have had poor teachers and disinterested parents.

What if we told another story? One that posits that students can learn basic skills in the context of exciting real world learning experiences. One that has faith that the students will become motivated to master the skills in the process of reaching beyond their current grasp because they feel an intrinsic need to do so.

I saw this for myself when my Simon Gratz students participated in the Philadelphia Young Playwrights program and paid attention to ( some for the first time) capitalization and punctuation in their writing, worried about the points they were making about life or the ways they were representing their families and communities in writing because they knew that their words were being read by others, and as such, had to be comprehensible. Think about your own learning experiences and how you struggle when you are learning something new. Don’t novice athletes get to practice fouls shots AND play a full court game while they are learning to play basketball?

I wonder how many other of our single stories go unquestioned?

When I was a very young teacher in the 1970’s, I believed what some of the older teachers told me. “You can’t save everyone,” I was told. “You’ll burn yourself out if you try. Just pick one or two of the really talented and motivated students and help them get out.” This advice became my “single story,” and I am sad to say that unquestioned, it shaped my teaching for a long time. It was not until I had been teaching at Simon Gratz for a number of years that I had a life-changing conversation with a student – a young man who was at the top of his class – who sensed that he had been selected to be “saved.” He told me that while, of course, he wanted to go to college, he did not want to “get out” of his North Philadelphia community. He wanted to remain there, where his entire family resided, and he wanted to make it a better place. And then he asked the question that has stayed with me ever since. “And why should there even be places in this city that people need to get out from?”

With this one question, this young man sparked a change in my approach to teaching and proffered a challenge to me that has guided my thinking ever since. How would the picture look if we approached education with the belief that ALL students are capable of learning? What would it mean to create a system in which there are NO schools from which anyone needs to “get out?”

Would such an approach be called “Race to the Top?”

Which brings me to my disappointment with the content of the President’s address. Yes, it was inspirational. And yes, it was down to earth and personal. It was like listening to the “First Dad” and in that sense, it was comforting and reassuring. But he only told a “single story” – the one that promises success as the pay off for personal responsibility and individual commitment to hard work and sacrifice.

I was hoping to hear at least some of the complexity which he expressed in his 2005 speech as a senator, where he urged the public to abandon our either-or thinking about school reform and adopt one that embraces a “both-and” approach. I was hoping he’d mention how important writing had been to him in his life, and how keeping a journal enabled him to get to know himself well enough to tell his story in his first book, Dreams From My Father, as he did when he addressed a group of Virginia Writing Project teachers while on the campaign trail.

By not acknowledging the systemic inequities, the President served to reinforce the “single story” which dominates much of our collective thinking about urban schools – kids don’t want to learn, teachers are burned out, parents don’t care, more money won’t help.

Asking why other students do not get the same kinds of challenging and engaging programs or why teachers in other schools are not free to deviate from scripted materials (or given the professional support to better challenge and engage their students) does not diminish nor devalue the talents and efforts of Masterman students, parents and teachers. Praising those students without acknowledging the school’s privileged position in the District serves to reify a single story which by nature is polarizing. When there is no room for multiple stories, people feel compelled to take a stand on either side of the dominant one.

In this fast- paced age of 24 hour news cycles, events like this one come and go very quickly. This Presidential visit will soon be forgotten by all except those who witnessed it in person; but, perhaps the issues it raised and the public conversation it sparked will lead to the kind of constructive dialogue that’s at the heart of systemic change. 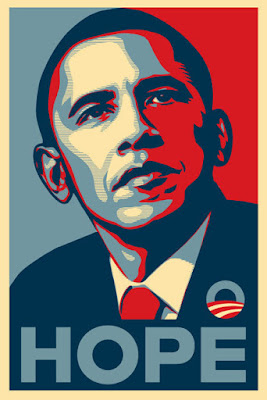