In the Jewish calendar, it is the year 5774. This is a fact but I no longer remember (if I ever did know) when the counting started nor the significance of year one, though I know the months of the year have something to do with the moon.

Today is also one of the Ten Days of Awe, the holiest days in the Jewish calendar that mark the time between Rosh Hashanah – The New Year – and Yom Kippur – The Day of Atonement. During these days Jewish people are required to reflect on the way we’ve lived our lives the previous year, take stock of our wrong doings and through tefillah ( prayer that strengthens one’s connection to God) tezdukah ( redistribution of one’s possessions that strengthens one’s connection to his fellow man) and teshuvah, make peace with God and ourselves to be a better person in the new year.

Teshvah is the hardest of the three to understand. It’s often discussed as repentence, but Iam learning that it is more complicated than that. I have sometimes seen it translated as turning, other times as returning. Lately given my post modern bent, I have been thinking of it as [re]turning – to turn to something once again.

In the new highly anticipated High Holiday Prayer Book, Mazhor Lev Shalem, in addition to the traditional liturgy printed on the right page with Talmudic commentary in the margins, the English translation appears on the left page surrounded by an eclectic assortment of related ancient and contemporary texts. Last Thursday I saw a poem by Denise Levertov, excerpts from Elizabeth Kubler-Ross’s On Death and Dying along with translations of Medieval Hebrew songs and letters found in the Warsaw Ghetto. All were fascinating and enlightening, expanding the reach and meaning of the prayers being recited.

But one text pulled at me so hard I had to take out a small notebook and pen in the middle of services and write it down.

It was printed on the side of the page next to the translation of the most awe-filled prayer in the service: the U’Netanah Tokef.

I remember trembling as a child as the congregation recited these words together, all of us standing before God in collective judgment of our souls.

None was exempt from His decree.

On Rosh Hashanah it is written,
And on Yom Kippur it is sealed.

In the margins of the left page of the prayer book, the one in English, I found the following words – the ones I had to write down. They were from Kalonymous Kalmah Shapira the grand rabbi of Piaseczno, Poland written while he was imprisoned in the Warsaw Ghetto in 1941:

Teshuvah is a creative act,
not a simple return
We return to who we were meant to be
but have not yet become
Growth and possibility
Dormant, a sculpture lies hidden
in a brute block of stone
That is why the process of teshusvah,
as painful and
even as humiliating
as it can be
is in fact
a very joyous,
hopeful act. 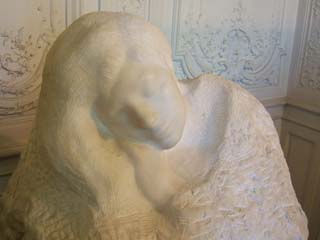 To the self you have always been meant to become.

Hard to get the tenses right in this complex interplay of past, present and future.

But here, during these Ten Days of Awe, time conflates into eternity – God time, not man time – and who we are is once again who we were and who we are now in the process of becoming.

In his ancient, Jewish voice, Leonard Cohen sings, “There’s a crack in everything. That’s how the light gets in.”

Shine a light on the dark places inside ourselves and know that what one human being is capable of, all are.

To everything, turn, turn, and turn again.
We can choose to [re]turn – teshuvah – to the light.

And we know that even if we are our best selves, now and every single day next year, we or those we love may still suffer and die.
But not alone.
And not in darkness.
And as our best possible selves.