“If you don’t stop [fill in the blank with any of the usual misbehaviors of a rebellious and angry teen-aged girl] I will send you to live at 8309 Loretto Ave. Is that what you want?” 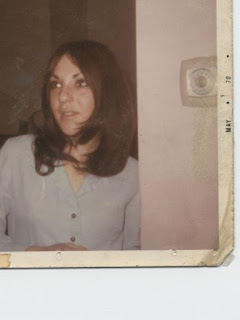 The person making that threat, usually at the top of her lungs with something big like a broom raised above her head was my mother and the person staring coolly back at her as if daring her to strike while acting as if she were seriously weighing the benefits of the proposed change of address was 14 year old me.

Sometimes shortened to simply 8309, or referred to in casual conversation as “that place where The Bastard lives with THAT BITCH,” 8309 Loretto Avenue was a two story twin house in a working class section of Philadelphia where my father (aka the bastard) had taken up residence with his new wife Arline (that bitch). This domicile of domestic duplicity was located approximately fifteen minutes from 9234 Grace Lane, the upscale split level single home in a residential neighborhood that my mother won in the property settlement of her divorce from my philandering father, along with the custody of their three surly and unruly children. There were many moments, I am sure (like the one represented by the hysterical admonition above) that my mother wondered if being left on her own to raise three teenagers in a house whose mortgage payments were more than she could afford was really winning at all.

It was commonly considered that my father had lowered himself in every sense of the word when he left my mother. He sunk to the depths of moral depravity by becoming a liar and adulterer, breaking the solemn vows he had taken before God and family. He traded down in women, replacing my mother who was beautiful, kind and smart with my step mother who was ugly, spiteful and narrow-minded. And in giving up the semi suburban dream house in Pine Valley for the semi-detached small brick box in Bell’s Corner, my father’s net worth had taken a nose dive. No wonder he was permanently dyspeptic.

I made it through my high school and college years without being exiled from Grace to Loretto. I was finally sent there after graduating college at age 21 with no job and no plans for my future by my mother’s second husband, a manic depressive, who, when he forgot to take his Lithium, became violent at the prospect of having to share his domestic space with anyone as depressed as he.

For years, I found it hard to forgive my mother for allowing this man she had married while I was away at college to throw me out of the only home I had ever really known and deliver me and all my worldly possessions to my father’s doorstep where after a show of humility wrought from sheer desperation, I was whisked downstairs to the basement – a cold spare place off of the laundry room that I called home for the next nine months while I attended graduate school to get certified to teach. Now, however, I understand that in her own way, my mother was protecting me from her husband’s rages and misplaced wrath, an anger and self loathing that finally aimed its full fury at her, his wife, when there was no one else residing there for him to abuse. She divorced him a year later.

Where 9234 Grace Lane had an air of shabby elegance borne of my mother’s reduced financial circumstances after her first divorce, at least it felt welcoming and lived in. 8309 was a cold and strangely uninviting place despite the presence of some of the plushest sofas and chairs from my father’s wholesale furniture showroom. Smoked mirrors that had been installed on two of the four living room walls presumably to make the small room appear larger had the opposite effect. They repeated the reflections of the overstuffed sofa and chairs with brocaded slip covers, the gold plated armoire with the ceramic knick knacks, the flowered wall paper and the gilded framed photographs of Arline’s odd looking deceased relatives over and over again, the images bouncing off of one another making the room feel as if it were in conflict with itself. The heavy draperies were always drawn and the air in the room was stagnant. Bo, an old, flatulent dog Arline had rescued from the streets limped and farted across the sculpted gold wall to wall carpeting, stopping periodically to groan and yelp at its sickly image in the smoky mirror. During the nine months I lived there, I often found myself struggling for breath as I climbed the basement stairs, emerging from my solitude to become a bit player upon the stage my father had erected to live out the next act of his life.

And what a stage it was, peopled by an array of characters. My father himself, the self-ordained patriarch ruled over his domain with a cold heart and an iron fist. Like most men small in stature, my father was a bit of a bully – a coward of a man who would pick fights with those powerless to defend themselves. Then there was Arline, who thought of herself as pure as the driven snow and in competition with Florence Nightengale for her selfless devotion to others. She did an enviable job of caring for and protecting her two sons, who had the misfortune of having my father as a step father. Fortunately for them, unlike my bother, sister and I, these two boys had the undying devotion of their own father as well as their mother’s unbridled affection to gird them through my father’s pointless and predictable tirades.

Sometimes after dinner, I would try to join my father in the living room where he watched television on the couch. I would sit on the chair and pretend to watch, sticking to the plastic slip covers. Every once in a while we would even have a civil conversation, I can’t even remember about what but as soon as that would happen, Arline would scream from the kitchen, “Bill! Don’t let her upset you. She’ll make your ulcer bleed.” And I would say, “We’re not fighting Arline, we’re just talking about the TV show” And she would say, “Shes’ lying Bill, don’t let her do this to you.” And he would never ever tell her the truth.

I wrote the best paper of my college career while living in my father’s basement that year. A Jungian analysis of Edgar Allen Poe’s short stories, Ligea and William Wilson, this paper made the connections between those characters and Jung’s descriptions of the shadow and the animus. Writing by lamplight at a the card table in dead of night in my father’s basement as the wind growled outside, I felt very much like one of Poe’s characters, maybe even a little like Poe himself – forlorn and tormented, driven to the edge of sanity.

I got an A on that paper, perhaps the first sign of light – that maybe, this year was not going to define the rest of my life but begin to reshape it.