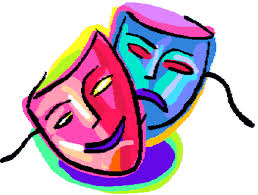 I don’t know what I expected, really, when I got the idea to take him to the theater. But once he told me that he hadn’t seen a live production for decades, couldn’t even remember the last time he’d been inside a theatre, I knew I wanted to give him that experience. He was in town to see a specialist; he had been ill and in pain with no clear diagnosis for over thirty years and he was hoping this time, he’d find some answers.

When I learned of his struggles, I became obsessed with a desire to help him, engaging in round the clock, obsessive research, googling websites and reading books about sinuses, facial neuropathy, Ear Nose and Throat specialists, holistic medicine, alternative therapies, chiropractic, root canal, ozone treatments, biologic dentistry, the effects of iodine deficiency, desiccated thyroid medication and the importance of keeping one’s body alkaline.

This research had lead me to the only Ear, Nose and Throat specialist on the East Coast who also practiced holistic and alternative medicine and that’s why he was here, in Philadelphia, and available to meet me at the theater.

During the past two years, he had sent me dozens of his favorite movies and recommended hundreds more. He would take exquisite care with each selection, only suggesting the “great ones” – films that moved him to the core of his being. Not much for comedy, he’d suggest dramas and documentaries that took me to the depths of the heart and to the edges of human possibility. Admonishing me for never having seen The Deer Hunter, Requiem for a Dream, Scent of a Woman, Million Dollar Baby and other heavy hitters, he’d relish my responses which I’d email to him, immediately after viewing each film while the emotions ignited were still fresh and raw.

And as he would tell me what movies meant to him (he’d been watching them for years and years, every single night, alone in his darkened bedroom on an old- fashioned TV that set atop his bureau, until recently when he’d finally purchased a large flat screen set and installed surround sound) I would tell him about my love of live theater – how seeing something deeply moving, in the company of strangers in a public setting where the emotions generated by the actors on stage jump like an electrical current from person to person in the audience was a peak experience that I believed no one should miss.

And I wanted more than anything to give that experience to him as a thank you for all of the wonderful moments I had had with his movies.

Our choice of plays was limited to what was currently being staged in Philadelphia, and there had to be a matinee because he really wasn’t well enough to stay out late for an 8:00 curtain, and there had to be available seats on the few particular days he did not have doctors’ appointments in the short time he’d be here.

Which is how we ended up at the Arden Theater in the last two available seats for the matinee performance on the closing day of Eugene O’Neill’s Moon for the Misbegotten.

I hadn’t read this play and quickly did some research, learning that it was a sequel to Long Day’s Journey Into Night, and that like most O’Neill, plays, especially the autobiographical ones, alcohol and alcoholism would play a major role. I pushed down the tiny feeling of dread I got when I read that, remembering that even though he was thirty years sober, he saw himself as an alcoholic and regularly attended AA meetings.

During the first act, I gave up on my quest to have him have a cathartic experience. The dialogue was humorous, face-paced and delivered in a thick exaggerated Irish brogue. The actors’ movements were broad and farcical, as we watched an elderly subsistence farmer and his aging daughter argue with each other while they schemed up ways to get the drunkard son of their landlord to marry her.
I kept looking over at his face throughout the first act only to find it impassive so I settled into my seat and my disappointment.

“But you don’t like it, do you?” I asked, knowing that he would give me his honest answer.

“They seem like cartoon characters to me,” he said.

“Like they’re outlined in black.” I replied, knowing exactly what he meant.

“I can’t get lost in this, like I can with a film, when I am alone,” he continued. “I’m constantly aware that I am watching people perform. Still, interesting though.”

“Maybe the second act will be better,” I said with a false bravado, knowing as I do that second acts are always difficult and only in the very rarest of plays are act twos ever better than act ones.

So neither of us was prepared for where Eugene O’Neill took us in Act Two. As the daylight of the first act faded and the misbegotten moon rose in the silver sky, Josie, the daughter of the farmer, and Jim Tyrone, the alcohol soaked landlord’s son have one of the most harrowing, intimate and revealing encounters I have ever seen performed by two actors on a live stage. Drunk and stripped emotionally bare during this long and touching encounter, Jim Tyrone finds solace, hope and comfort in Josie’s arms, only to wake the following morning unable to acknowledge what had happened the night before between them, and thus, turning his back on the one last chance he could have had to let love save his life. 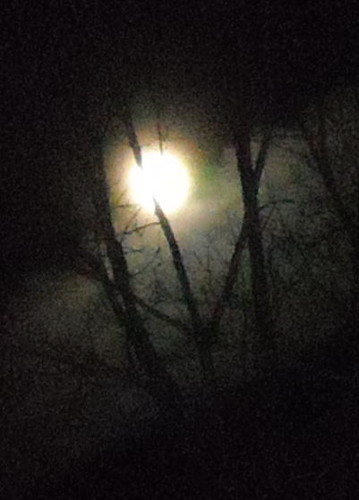 When the lights come up I see that he is crying softly. Wiping his tears away with the back of his hand, he turns away from me as others slowly exit around us. “That moved me,” is all he is able to say as we walk in silence towards the car. Once inside, he begins to cry. I have never seen a man cry like that before – not out of anger or frustration — but from some deep, knowing and eternal place of grief and sadness. I feel something move inside of me.

“He reminds me of myself,” he says through his tears. “How this illness has kept me from living my life. I’m so embarrassed that I’m making this personal… making it about me.”

“It’s about all of us,” I whisper, reaching over, like Josie, to hug him through his sorrow and help him weather his first live catharsis. 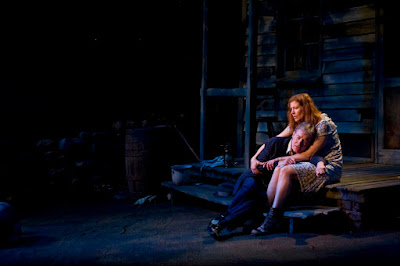