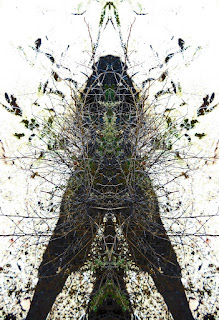 Come daughter. Let me tell you the story of Ephemera.

This is a story of a woman who gave birth to herself. No one has ever really seen her, except they say, for one tiny little girl they call Ephemera, who some think may even be the daughter of this woman.

The story goes:
Once three was a girl named Ephemera. Ephemera used to live in a small house on the edge of the forest – in between a place of in-between – a land neither forest nor town, field nor hill top – in a home that was always there for as long as anyone could remember but no one has actually seen . This house in the in-between stands alone but it’s not foreboding. It may even be welcoming, if visitors would ever find it. 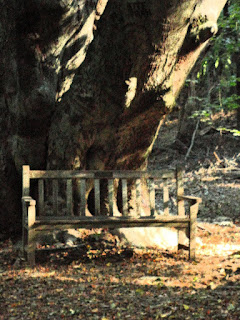 There is a special glow about this place and the sun always shines on it, even in the darkest weather and at night it’s as if there’s a cut out space in any clouds that might be overhead that lets the stars flicker on through. On most nights, you can even see the Milky Way.

One day the mother and daughter who may be the same person and who do not live too far from here not too far from there, set out upon their daily walk together. Holding hands, they sing their favorite little rhyme.

They laugh and sing their song and they are having such a giggling good time that they do not notice that they have strayed from their usual path. 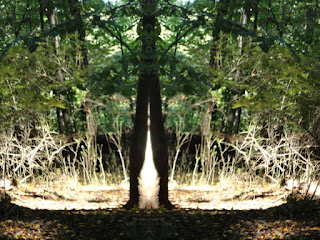 Yes, they pass the tree that looks like a scarecrow and the rock where they sometimes stop to play castles together. They pass the place where they once saw a dozen hummingbirds hover in the air then swoop skyward as they they’d been teleported through space. And they pass the soft spot where the cat had brought them the gift of a furry and oh so dead little mouse.

In their joy, singing their rhyme, they do not notice that the landscape has changed and that there are new sounds replacing the squeaks and yacks of the birds and razzling of the insects.
Here in this new place, they hear tones, sounds, notes they’ve never heard before. WHOOOO. WAHH LLOOO SOOO SIIII SAAAAA LOOOOOR…

It is the song of the girl who lives in the magical house, the girl who is also named Ephemera her mother tells her.

And as she listens to the story, the girl who may be the daughter of herself begins to make theses sounds: WHOOOO. WAHH LLOOO SOOO SIIII SAAAAA LOOOOOR and the sounds rise from their throats coming from deep inside and then lilting over their heads as it they are reaching for the sky with every breath.

Together, mother and daughter sing Ephemera’s song – a lullaby — until the daughter falls fast asleep.

Again on another night, turn it sideways and the pieces fall in a different pattern.

This is a story of a girl named Ephemera who lives in a place in the in between.
A mother.
A daughter. 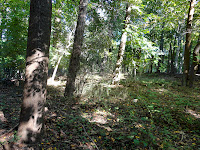 No one knows this girl except for the mother and the daughter who live together in a place in the town who take a walk everyday through the small forest on the edge of town. They hold hands and sing about gathering cherries.

This day, unlike the others, they wander too far. They have been lost in their giggly song, lost in each other’s hearts and do not notice that they have long passed all of the familiar places along the way – the scarecrow tree, the castle rock.

They look up and see that they are lost. The familiar squawks and hoots of the birds have grown silent. The crickets’ crescendo rattles to a halt.

They begin to hear sounds— Whoo Ca To La Go —- beautiful sounds. This time holding each other’s hand, they edge closer to the source of the sounds and there it is, like magic — a glowing house hidden behind enchanted trees, and inside, still as could be, a girl. 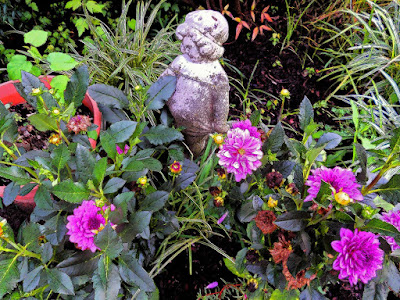 She’s lovely in her stillness. She sings these sounds of the world to come and they are flowing through her. Her daughter begins to sing. And the mother joins her, a note or two behind until her voice trails off.

Sing my daughter, she coos in her ear. Sing yourself to sleep.