On January 1, 2014, I took a pledge along with 250 other writers and poets on Facebook to write and post a Haiku a Day for the entire year.   When I began that process, I had not yet developed a disciplined writing practice.  Nor had I thought of myself as a poet.  The daily haiku writing became a powerful learning experience. Writing in community with others, I found inspiration and energy.  Knowing I had a supportive audience, I became braver with the topics I ventured into writing about and more daring in my images.   By the end of the year, I’d developed a true writing practice.

The Haiku a Day challenge ended officially on December 31, 2014.  I am very proud that many of my poems are included in Everyday Haiku, a compilation of the best of the haiku challenge, published by Wandering Muse Press.

It’s been nearly seven years since this practice began.   I am still writing one every day.   Now I  share them daily to my Facebook page.

And now, a book. Holding Up the Moon: A Memoir in Haiku has been published by Mandorla Books and is now available to order on Amazon. 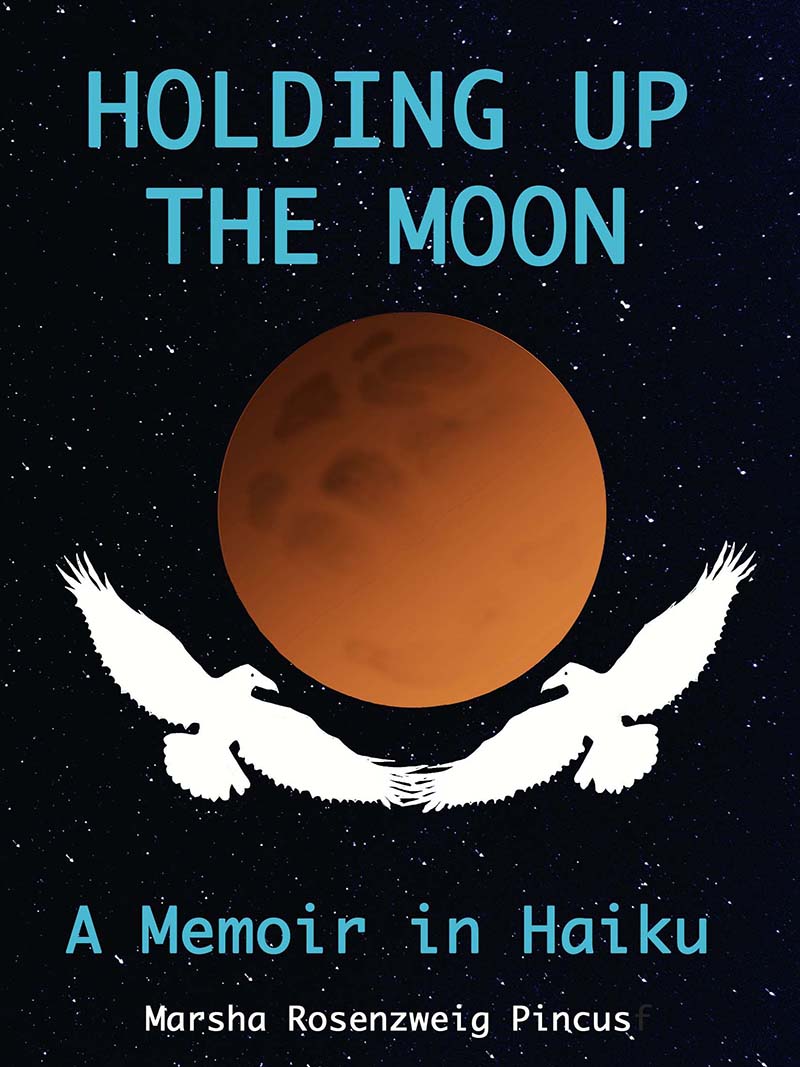